Oral arguments were held in the Maui County v. Hawai’i Wildlife Fund case at the United States Supreme Court in Washington, DC yesterday, November 6, 2019. As an indication of the importance of the case, the line for a seat in the audience started forming before 5 am for the 10 am argument. At issue was whether the release of contaminants into groundwater, which eventually makes their way to navigable waters, requires a National Pollution Discharge Elimination System (NPDES) permit. Given the possible ramifications for the groundwater industry, Water Systems Council and the National Ground Water Association filed a joint amicus (“friend-of-the-court”) brief in the case, arguing in part that states are regulating, and is the appropriate government to regulate, groundwater.

In a lively argument, the majority of justices seemed to disagree with both Maui County and the Hawai’i Wildlife Fund. Maui County argued that a NPDES permit should not be required, maintaining, as did WSC and NGWA, that states regulate releases to groundwater. The justices were concerned that a rule that only requires a NPDES permit if the pipe releases directly to groundwater would allow polluters to easily evade the law.

However, most of the justices appeared concerned that the test proposed by the Hawai’i Wildlife Fund, is too broad, and would cover virtually every release. That test requires a permit if the contaminants are “fairly traceable” to the point source. As WSC and NGWA argued in their brief, such a rule would eliminate the distinction between point and nonpoint source pollution, the latter of which is regulated by states, while the former is regulated by the federal government. Every release would be a point source release under this rule.

Much of the argument focused on what the term “from” means, as in “from a point source to navigable waters”. Did the pollutants come “from” a point source, meaning a NPDES permit is required, or from groundwater, meaning no NPDES permit is required? Justice Ginsburg asked whether a release that originated with a toilet, was then conveyed to a wastewater system, and ended up in navigable waters, would the toilet be a point source, meaning the homeowner would need to get an NPDES permit. How far back should the regulators look? Where should the line be drawn?

Septic tanks were the center of much discussion as well. If contaminants from a septic tank make their way to navigable waters, is an NPDES permit required? The Hawai’i Wildlife Fund argued that no permit would be required but could not articulate an objective test that would exclude septic tanks. The justices were very concerned about the prospect of a homeowner being subject to NPDES permit requirements. If a release occurs without a permit, penalties amount to up to $50,000 per day, which was very concerning to the justices.

Justice Kavanaugh pointed out that even if the EPA did not require a permit, the Hawai’i Wildlife Fund test would raise a strong possibility of lawsuits against homeowners with septic tanks. Similarly, the WSC and NGWA brief pointed out that well contractors may be subject to lawsuits for installing water wells. Even though the homeowner or well contractor may win the lawsuit, hundreds of thousands of dollars in legal fees would be incurred.

Justice Breyer suggested a middle ground: if the release is the “functional equivalent” of a direct point source discharge, a NPDES permit would be required. Chief Justice Roberts was not impressed with the test, arguing that it would be as subjective and broad as the “fairly traceable” test. The justices expressed a desire to set out an objective test that could be sent to the Environmental Protection Agency to add details through rulemaking. Note that WSC and NGWA proposed a test in their brief that would require a NPDES permit only for releases to groundwater in subterraneous streams. This rule would cover, for example, lava tubes and karst fissures. Although none of the justices mentioned this test in yesterday’s oral arguments, the test is backed by science and would provide an objective test that resembles “functional equivalence”.

So, what happens next. There are two parallel tracks in the case at this point. The Maui County Council and the Mayor of Maui County are embroiled in a debate over settlement of the case. That dispute is before a state court. If the state court finds that the county council has authority to settle before the United States Supreme Court can issue an opinion, the case will be moot, and the Supreme Court will not issue an opinion. The questions raised by the case will remain, however, and the Court may accept another case and go through the process again. None of the justices mentioned the possible settlement yesterday.

If the state court fails to rule prior to the Supreme Court ruling or if the state court rules against the mayor, then the Supreme Court ruling, expected in early 2020, would potentially provide some guidance. Predicting the results from oral arguments is notoriously unreliable, particularly after an argument like yesterdays. We could get a fractured ruling, where a majority of the justices cannot agree, which would cause even more confusion than we have today. If one of the justices can come up with a test that a majority can agree to, then we may get a clear opinion. Although unlikely from yesterday’s argument, the Court could rule that the Maui County position or the Hawai’i Wildlife Fund’s position prevails, likely in a 5-4 decision. In any case, the Court and the EPA will likely have much more work to do before a clear regulatory rule is in place. 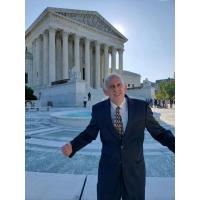